Mike May was one of the Individual Award Honoree at ASB's 52nd Annual Louis Braille Awards held in Philadelphia on January 28, 2012. It is an honor to be recognized for accomplishments in the development of accessible GPS and Map literacy. 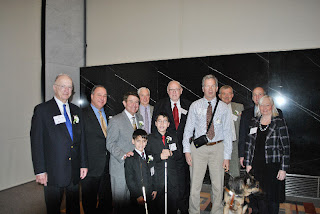 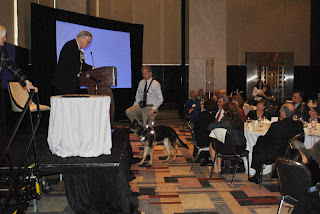 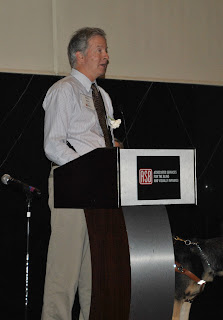 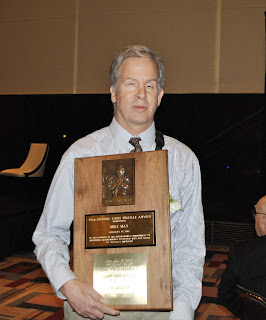 CES is always a star studded event and CES 2012 does not disappoint. Mike and Tank met members from the band Chicago. 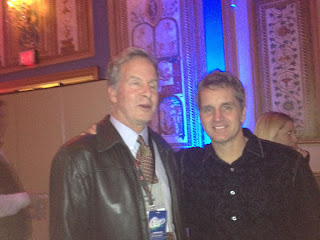 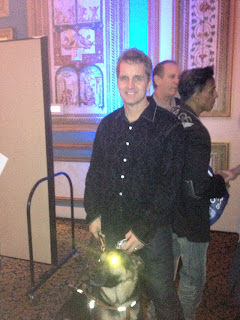 When they aren't meeting stars, Mike and Tank are discovering all the cool products CES has to offer. 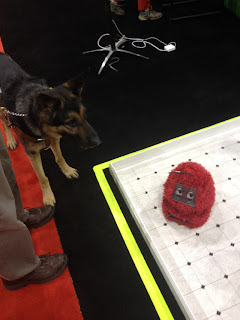 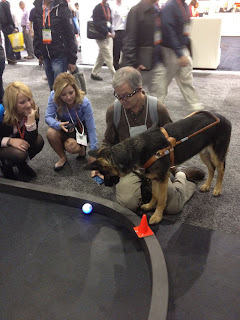 SiRFstar 5 at CES by Mike May

Since I am at the Consumer Electronics Show, I thought I'd mention that CSR, who bought SiRF, has announced the SiRFstar 5 chipset which you will start to see in devices later this year. It will have better capability to deal with multi-path in urban areas. It also offers some potential for indoor navigation using dead reckoning and WiFi correction. It is hard to know yet how well this will work. The GPS at least will be improved. We are also starting to see GPS chips which use both the US GPS system as well as the European Glonass system.

The SiRFstar 3 chipset used in the Breeze and Kapten represents 5 year-old technology. It is decent but far short of what you can get with current GPS receivers.

It's that time of year again when Mike May goes to the International Consumer Electronics Show in Las Vegas to search for the latest and the greatest in the technology world. Read on to hear Mike's first report from the show. 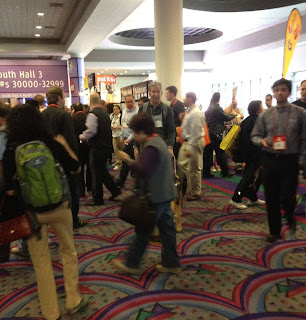 Keep your elbows in and be ready to get skinny. With 150,000 people at CES and at least 90% of them looking at the products, their cell phones or the scantily clad models, they sure aren't looking where they are going. A real challenge for Tank and me. 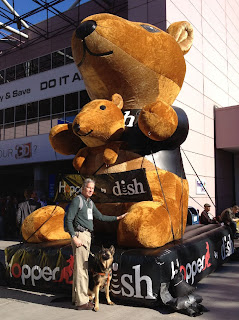 Since this a huge show, many of the displays are outrageous. Tank did find at least one other critter he was interested in, a giant kanga. 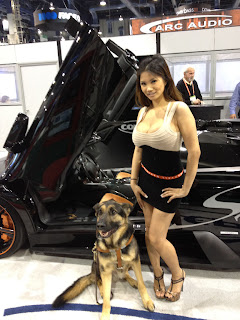 It's a dog's life! Tank rather likes the pretty cars.

Stay tuned for more technology reports from CES. Mike is always on the lookout for GPS innovations to bring back to Sendero.