At the 2011 CAOMS conference in Monterey California, November 4-6, Mike May and Jerry Kuns presented an overview of the accessible GPS options and the key benefits of the technology assisted by Jamie Adams Murdy and Sandy Staples. Sendero awarded two lucky recipients with a copy of the new Sendero Maps for the PC version 2011.2 with visual maps. 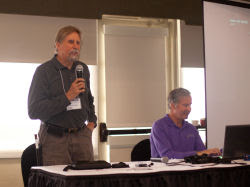 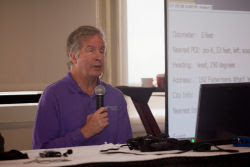 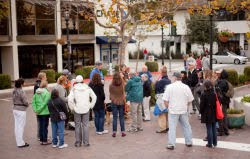 Later in the day, 25 people participated in a GPS hunt around the Fisherman's Wharf area, broken into 5 groups, led by Mike, Jerry, Jamie and Sandy. Katie Gilmore of Sendero and 4 experienced O&M GPS users formed their own rogue group and managed to make it to the final destination in second place. Not bad for so-called rookies. 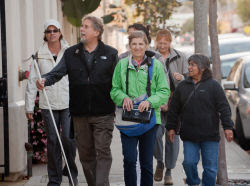 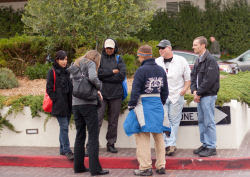 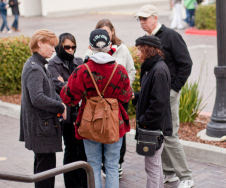 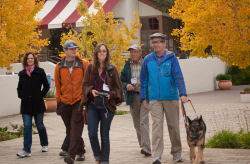 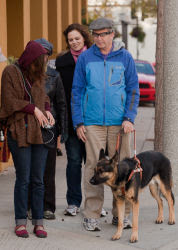 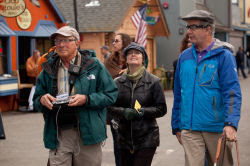 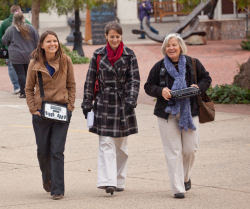 Sendero hosted a debriefing at Dominico's where the participants shared their experiences using the GPS while toasting the adventure. In 3 hours, users and potential users got a good taste of what was possible with accessible GPS given the right equipment and proper instruction. Instructors learned that their role was not necessarily to be the equipment operator but to be the coach and inspiration for the blind students to take advantage of this independence tool. 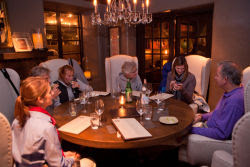