This blog has moved


This blog is now located at http://senderogps.blogspot.com/.
You will be automatically redirected in 30 seconds, or you may click here.

For feed subscribers, please update your feed subscriptions to
http://senderogps.blogspot.com/feeds/posts/default.

Listen to the show

2nd day at the Paralympics for the Presidential delegation

Decked out in USA sweaters, vests, hats and scarves, the US Presidential delegation first set out for the Paralympic Village for Curling and Sledge Hockey, located in Vancouver. Our tour guide was none other than Rick Hansen, one of the most famous athletes from Canada, Mayor of the Olympic village and extraordinary person. Rick was very proud of the environmental platinum rating for the village. All the facilities were world class not to mention the stunning view. 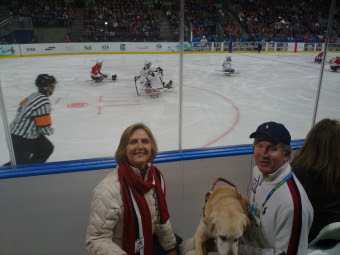 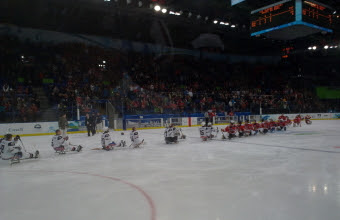 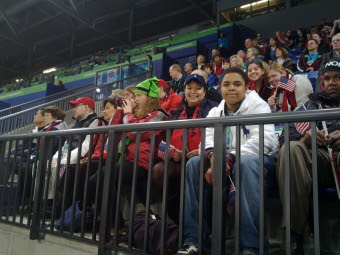 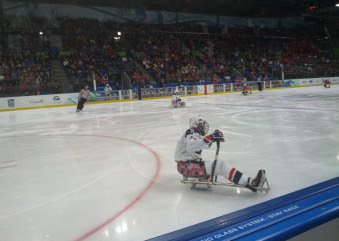 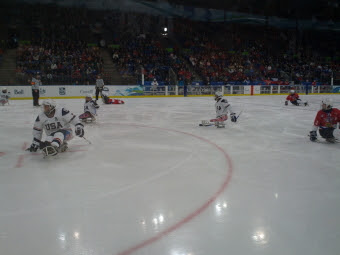 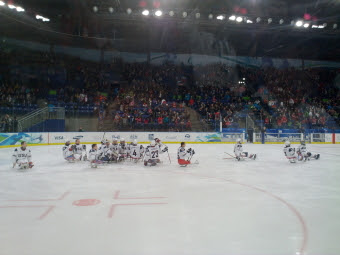 We met with some of the members of the US Sledge Hockey team. Their average age is 23, 7 years younger than the next oldest Canadian team. Their star is rising and they hope to obtain a gold after several more games, the first of which we will see this evening.


Less than two hours since we had breakfast, we enjoyed the athlete's cafeteria although none of them were yet around.


From there, our motorcade traveled to the Curling arena. It is an unusual sport to understand but it is high on strategy and finesse. I enjoyed the crowd noise definitely led by the Canadians and Japanese. There were 4 games going on simultaneously. The fledgling US team was down to the Germans 4 to 2 but ended up winning 6 to 5. It was fun to learn about. 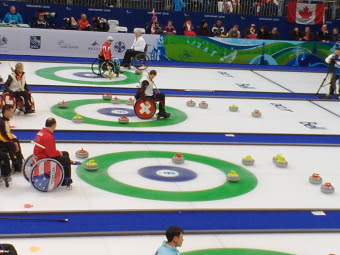 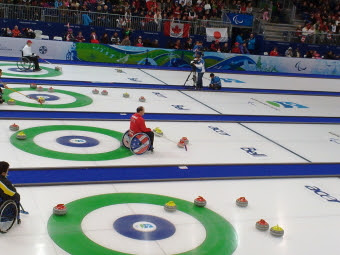 Before leaving for a short break at our hotel, we had more food in the VIP lounge and watched the USA slalom races on television. Young Caitlin fell and we didn't see the other two visually impaired skiers race. A sit skier named Stephanie took a silver for the USA.


The sledge hockey match was a blast, loud, crazy and fun. The US guys beat the Czechs 3 to 0. We had a chance to congratulate the guys we had met earlier in the day. I loved being able to feel the sledge they scoot around in and their hockey stick. It is normal on one end and the pushing end has prongs on it. They have to quickly switch back and forth. 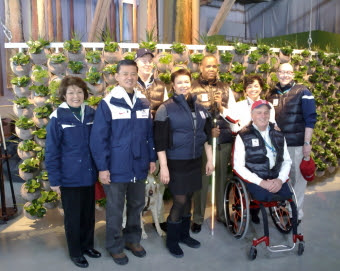 We wrapped up the evening and our delegation visit with a dinner. It was an amazing treat to have become close to a wide variety of people in such a short time, all drawn together by mutual inspiration and by what we experienced with the Paralympic athletes.

First Day of the Paralympic Games for the Presidential Delegation

Our 4 vehicle motorcade headed from Vancouver to Whistler on Saturday for the first day of Paralympic competition, specifically to see the biathlon and downhill ski races at Whistler. It was snowing but they had lots of creature comforts for us including a scarf, hat, gloves, blanket, hand warmer and seat cushion. We sat all huddled up as the athletes raced, some sitting and some standing in the Biathlon. The top Russian who ended up taking the gold, has both arms amputated above the elbow. He has a special rig so he can pull the trigger of the rifle with his teeth. Some how, he holds the rifle under his stump and didn't miss a single shot. The blind skiers were doing this too including the Canadian who was in both the Olympics and Paralympics. Andy from the U.S. captured a Bronze, the first medal of the games for the U.S. 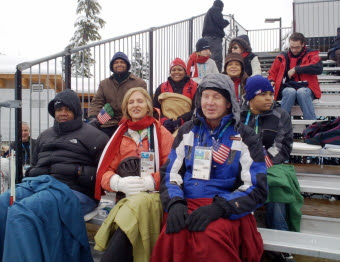 Our motorcade then took us around the mountain for the downhill competition. This was much more comfortable. There was an indoor VIP building overlooking the course where we were warm and had food and beverage. It was a great opportunity to meet dignitaries from other teams. I particularly enjoyed speaking Spanish with the team from Spain. I had a photo taken with two women from the Royal Canadian Mounted Police. We had the pleasure of meeting the Premier of British Columbia, Gordon Campbell and many others. 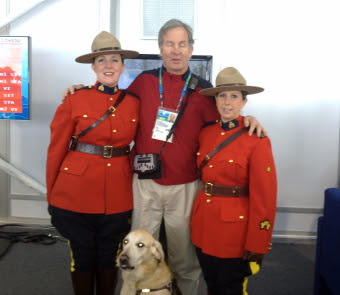 Unfortunately, after 2 hours of delays, the downhill was postponed due to fog. This is the same run used in the other Olympics, quite a challenging course.


We had the distinct pleasure of being allowed into the Athlete's village. We got a tour of the facilities, the same ones for the other Olympics and we ate in the dining facility with the athletes. I met the 3 visually impaired athletes of the 50-member U.S. team, Caitlin, Danielle and Mark all high partials in the B3 category. This is a very low number of competitors compared to the 80s when we had over 15 team members. They were all fascinating people and disappointed that the downhill was postponed. They will race the slalom on Sunday but we unfortunately are scheduled to attend wheelchair curling and sledge hockey and won't see them race.


I have really enjoyed getting to know the members of our delegation. Bonnie Saint John, a single leg amputee, skied along with me in 1984 but I didn't know her then. Melissa Stockwell is an amputee swimmer from the 2004 summer games. Jim Martinson is a crazy double amputee skier from the 1992 Paralympics and still competing in the X games at age 63. The Secretary of the VA, the US Ambassador and the head of the EPA along with Kareem Dale, the President's advisor on disabilities are all down to earth amazing people. 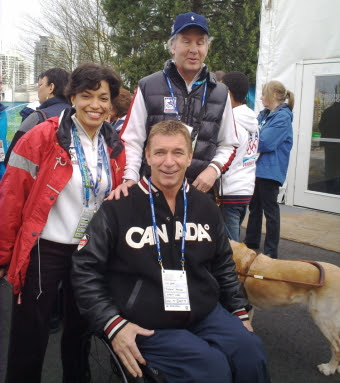 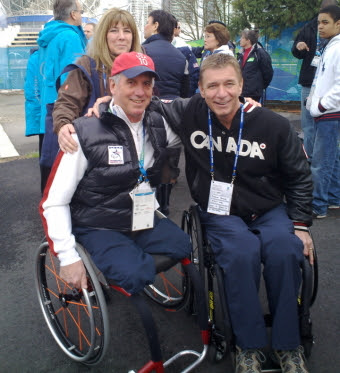 I keep running across blasts from the past, people who have stayed involved in Paralympic winter sports whereas I have been out of touch since I left the board of USABA. Ted Fay for example, Martha Hill and others. I love meeting the kids from the "Paralympic Experience," young people who will be our next crop of Paralympians.


Many of you may have seen the Procter and Gamble commercials about giving to the Moms. I met people from P&G and some of the moms hear on their behalf. I love the story about the Iraqi veteran whose rehab got him back into training for the Paralympics. He knew he was on the true road to recovery when his 3 year-old son, said, Daddy, I can run with you again.

Highlights from the Opening Ceremonies of the Paralympics in Vancouver

This year's opening ceremonies had some amazing moments. I'm happy to report that the BC Dome was sold out, so 60,000 people were there to witness the opening ceremony. The BC dome is literally within hockey puck striking distance out my hotel window.

The opening ceremonies had several goose bump moments. First, when the Canadian athletes came into the stadium and it sounded like the roof would be blasted off by the cheers of the crowd. Second, when the 16 year-old Canadian sang the Paralympic song and finally when Rick Hansen and Terry Fox were honored for their wheelchair runs. The parents of Terry Fox lighted the torch.