Concert of a Lifetime

This week, my GPS guided me from the lakes around Tahoe to the mega center for the concert of a lifetime in New York City. The occasion was the 25th anniversary of the Rock and Roll Hall of Fame and it indeed was a hall, or should we say, a garden full of fame, Madison Garden to be exact.

There were 4 main acts who each invited equally famous legends to join them. Crosby, Stills and Nash were joined by Bonnie Raitt, Jackson Browne and James Taylor among others. Paul Simon was joined by Art Garfunkle. Stevie Wonder played with Sting, BB King, Jeff Beck, John Legend, Smokey Robinson and more. Bruce Springsteen was joined by John Fogerdy of Credence, Billy Joel and the list went on. I ran into Tom Hanks back stage and many other celebrities were in the crowd. 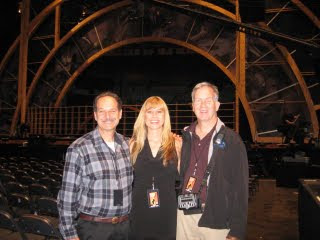 No sooner was one incredible song and unique combination of musicians finished, another breathtaking appearance would be made, Love has No Pride, Roxanne, The Boxer, Superstition...
Best of all, I got to share it with my personal favorite musical talent, Sara Beck, and my friend of 42 years, Rob Reis. I crawled into bed around 3AM and started the fun all over again 6 hours later.

While walking up 6th Avenue in search of lunch, I was inspired to call Oscar screenwriter, Bruce Ruben, who just happened to be in New York for the day. He met us at Stevie's hotel and we spent the afternoon getting caught up on each other's lives.

Instead of attending the second night of the Hall of Fame concerts, we met Yaz and friends for drinks in Chelsea and then caught up with Sara Beck plus Sara 2 and Brian for a fantastic dinner at the Fig and Olive. This night had to end early, Midnight, so we could get up at 4 AM to catch our flights home after an incredible 36 hours of the Big Apple, music and friends. Yes, a concert of a lifetime.

The Sendero team, with over 50 years of combined experience, celebrates the technology it has created over the past ten years. Some have been there from the start, some recently welcomed to the team. We all agreed that there could not have been a better setting to meet and explore. Enveloped in the smell of pine trees and sagebrush, the sound of the quaking aspens, gentle waves of the lake, and the occasional bird speaking its mind, we spent the weekend reminiscing, planning and geocaching. 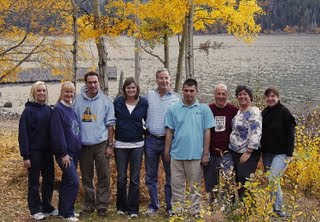 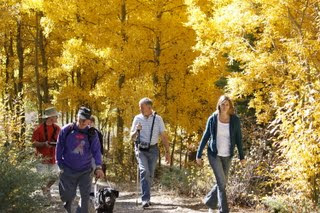 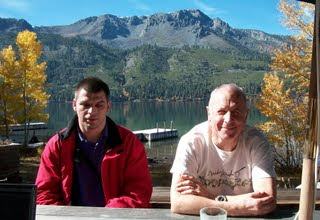 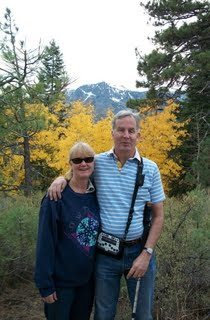 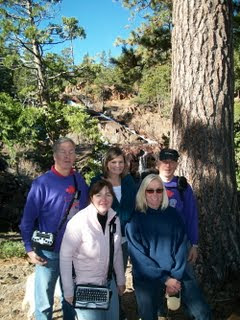 About 30 of us cruised aboard the ship "The Dream Maker" for a 2 hour cruise in the beautiful Newport Bay. This unique demonstration of GPS gave people a chance to learn about all the accessible GPS options from the top deck of a yacht. We also explained the importance of GPS and location literacy. According to the GPS, we first traveled southwest at around 5 miles per hour. It was a beautiful day, and we cruised past many sail boats, a women's crew team, and mansions along the bay. Sendero Group, HumanWare, and Sweetman Systems sponsored the fun event. We could not have asked for better weather or better company! 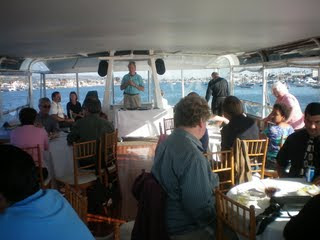 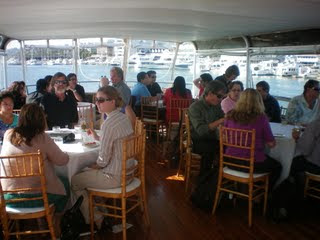 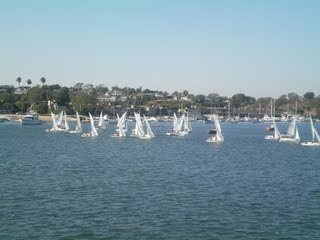 About the Hornblower Dream Maker

The 90 foot long Dream Maker is one of the most popular yachts and can accommodate up to 90 guests.. The modern main salon is tastefully decorated and features a lounge area with teak detailing. Comfortable couches line both sides of the room, and wrap-around windows afford a 360-degree view. She also boasts a spacious open-air bow with comfortable seating, full bar, built-in dance floor and bride's suite.