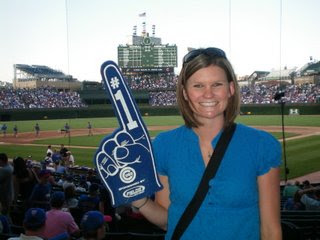 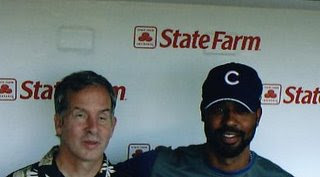 As an avid baseball fan, I have a goal to go to all of the major league baseball stadiums. One that was very high on my list is Wrigley field, so I was so excited to find out that I was going to the game while in Chicago for the AER National Conference. On Thursday night, Mike, Robert Kurson, Gil and I went to the game. We had the opportunity to sit in Derrek Lee’s seats, the first baseman for the Cubs. Mike and Robert went to the game early, and got to sit in the dugout and talk to Derrek and some of other players for the Cubs. It was a perfect night for baseball, and our seats were right behind home plate. One thing that really impressed me about Wrigley Field was the die-hard fans. There was not an empty seat in the stadium, and the fans do not leave until the very end of the game. The Cubs beat the Florida Marlins 6-3, followed by their victory song, “Go Cubs Go! Hey Chicago what do you say the Cubs are gonna win today. Go Cubs Go!” You would have thought that the Cubs had just won the World Series with how excited the fans were after one victory. Outside of the stadium, it was hard to get a taxi because the streets were flooded with people high fiving each other and singing as the local bars all played the victory song. I had a great time as a Cubs Fan for the night, and now I can check off Wrigley Field on my list of stadiums, with hope that I will go back soon. 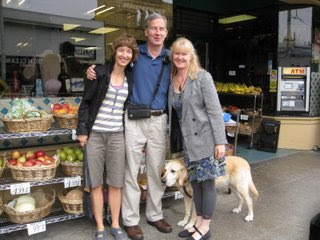 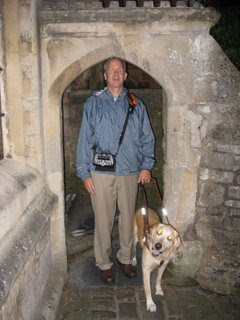 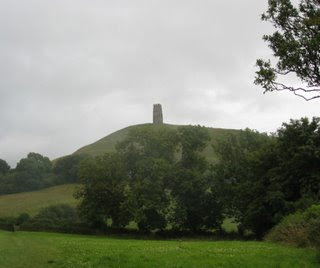 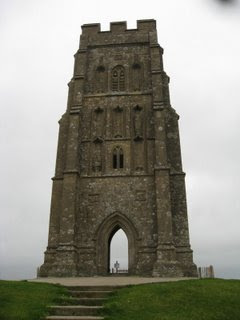 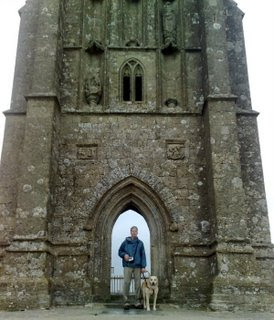 While in England for Sight Village, Mike and Sheri visited the town of Glastonbury. Glastonbury is particularly notable for the myths and legends surrounding a nearby hill, Glastonbury Tor, which rises up from the otherwise flat landscape of the Somerset Levels.