Scent of a Woman, myth tested 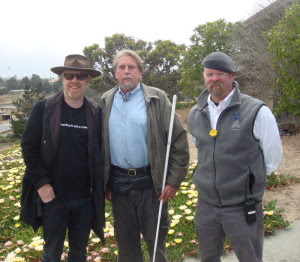 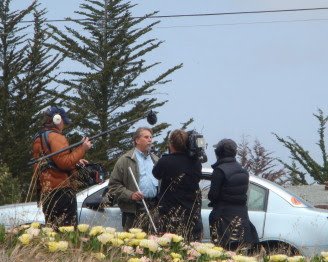 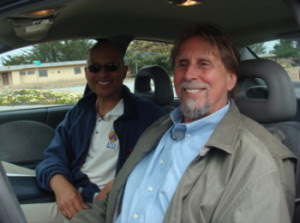 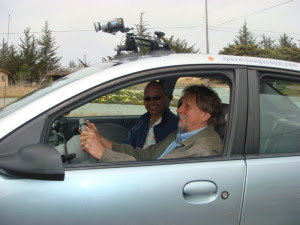 I was contacted last week by the Discovery show called Myth Busters. They wanted to test whether or not a blind person could drive city streets with verbal instructions. They were working off the movie Scent of a Woman where the main character does this.

Since they wanted a totally blind subject and I no longer qualify, we set them up with Jerry Kuns. He roughly fits the profile from the movie.

They filmed the episode in a former military community, now a ghost town near Marina California. Jerry drove through regular city streets although there weren't any people or traffic. One of the hosts, Jamie, gave Jerry directions from the back seat while a professional driving instructor rode shot gun with a second set of controls. They got up to 35 miles per hour and Jerry did a great job doing something he had very little experience with.

They also played out another very interesting scenario, which can remain secret until you see the Myth Busters the beginning of next season, probably August or September.

Many blind folks have tried their hand at driving but few of us are experienced unless we went blind later in life. We can all have the opportunity to vicariously enjoy Jerry's driving experience on national television.

Although Jerry used his Sendero GPS to help the producer find the filming location, he wasn't able to use it while driving. It would have been interesting to set it on multiple repeat of speed and heading, not information that would help in driving but interesting none the less.

I think the myth is confirmed but we'll have to wait for the show to see for sure.