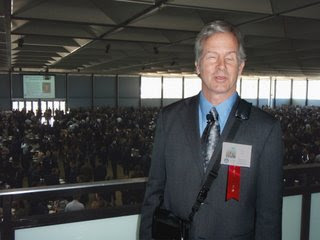 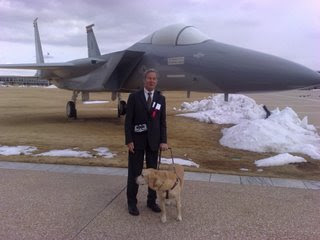 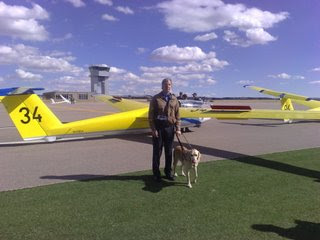 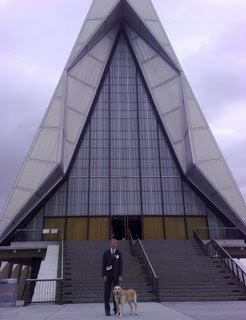 I had the honor of speaking at an Air Force Academy leadership
conference this past week. I addressed one group of over 2000. Thanks
to my escorts, I believe I learned as much about the Air Force
Academy as they learned from me. The hospitality was amazing. I was
introduced to everything from the cadet dorms to the glider and
parachute jump operations up close and personal.

I was amazed at the number of GPS points already marked on the base.
I was told that this one of the most open military bases in the
country. It is one of the largest tourist attractions in Colorado and
I learned why.

I also had the privilege of having dinner with a 3 star general and a
couple of 1 star generals as well as Congressman Wamp of Tennessee.
From the cadets to the generals, the reception was warm and
enthusiastic. Quite the unexpected cultural experience.