Stevie and Sara in Music City 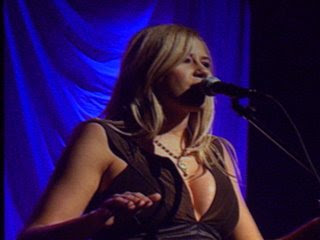 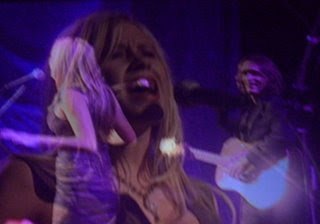 Who would have thunk that my attendance at a chance O&M conference in Nashville in April would result in this last minute trip to the Music City in December? The Lovin’ Spoonful song, “Do You Believe in Magic” pops into my head.

As most of my close friends and family know by now, I went to the Bluebird Café in April and heard Sara Beck perform. After a 5 minute introduction at the Bluebird, I sent Sara the book and she sent me back a Crashing Through song 3 months later. It is not exaggerating to say when I heard the song, I knew we were bonded forever! The song encapsulated my spirit in 4 minutes and I immediately loved Sara for her unique abilities.

Another 3 months and this beautiful, smart young talented woman and her equally amazing husband, Park, joined us for the weekend celebration of my mother OJ’s life. After two campfires and a ceremony, we knew even more certainly that our families lives had become intertwined. It isn’t every day that the chemistry between so many people generates such a mutual feeling. When Stevie Wonder showed up at the last minute and joined in the reverie, there was no question that we were all in a dream.

Fast forward another 2 months, only 7 months since I first met Sara for 5 minutes at the Bluebird. Jennifer and I, Rob and Julie Reis, Robert and Amy Kurson and Sara’s parents Vickie and Scott met in Nashville for an event we hoped would happen but didn’t really know would be a reality when we got on our flights from 4 separate cities. Stevie had told me he would like Sara and Park to perform To Love Somebody, one of Sara’s songs, during his concert at the Nashville arena Saturday night but the details were far from sorted out.

Jennifer and I spent Saturday afternoon in Stevie’s hotel hanging out with his daughter, band members and Stevie. We talked technology and Stevie shared a couple books with us he had just read, What is What and the Video Vixen. At this point, Stevie and Sara had actually never talked about the performance which at this point was only 5 hours away. Sara called while I was with Stevie and they finally confirmed to meet for rehearsal. We subsequently had a half dozen conversations before Sara and Park joined Stevie’s band for a sound check and the rest of us went to dinner.

By 8 o’clock, Jennifer and I were in the first row, seated next to two women from the Grammy organization. The arena of around 10,000 people was nearly full. I loved being 6 feet from the stage where I would be able to see Stevie, the band, the dancers and Sara even though I still didn’t believe this was actually happening. Only 7 months ago, I was watching Sara in the Bluebird 2 feet from a stage in a room of 60 people and now I was in Nashville’s Sommet Center again next to the stage to see Sara perform with a musical legend and winner of 25 Grammys. I told my seat mates all about her and how we met and they joined in our anticipation to see this amazing new talent.
This was the fourth Stevie Wonder concert I had seen in the past 4 months and one of the best. His voice, his energy, his band, his genius, his playfulness are just off the charts. How can he still be this good at 57 and 46 years since his first recording? Talk about magical.

After I thought I couldn’t get any higher, Stevie said he had 2 people he wanted to join him on stage. He teased about his friend Mike May who was blind as a bat and who introduced him to these people, Sara Beck and Park Chisolm.

I was so keyed up as I saw Sara approaching center stage with the lights bright on her blonde hair and beautiful dress. I flashed on some of my own most nervous moments, in the starting gate at the Sarajevo Olympics, at the Legends ski race in Vail, at the Paralympics in Switzerland and Austria and when I stood on the strut of a small airplane with a parachute on my back and the jump master said, “Now!”

My Grammy seat mates cheered loudly as Stevie’s band began Sara’s song, To Love Somebody. When she started singing, I realized I was way more nervous than she was. Only her parents could have been prouder but Jennifer and I sat there clasping hands, listening and loving Sara’s music in this huge arena. Then, Stevie chimed in with his trademark chromatic harmonica. The back-up singers echoed To Love Somebody. I had heard this song in the Bluebird, at Enchanted Hills and now in the Nashville Arena, Sara and Park singing, with Stevie and his band backing them up. It was way beyond magic and way beyond any of us individually.

I might not have become friends with Stevie Wonder if Rob Reis had not challenged me 23 years ago to get in touch with Stevie. If Sara’s parents hadn’t been so musical, perhaps Sara would not have discovered her gift. If Robert Kurson had not found me and written Crashing Through, there wouldn’t have been a book for Sara to write about. And, if Sara had not taken it upon herself to write a Crashing Through song, I wouldn’t have discovered the full extent of her warmth and talent and been able to introduce her music to Stevie Wonder.


The fact that Stevie validated my belief that Sara was extremely good, only bolstered my confidence in what I felt in my heart that she is every bit as good as many famous stars. What a treat to share that feeling and belief with Sara, Park and their families this weekend in Nashville.

From ListenNashville.com, December 2, 2007
Sara Beck Performs "To Love Somebody" at the Sommet Center with Stevie Wonder

All musicians looking for a little inspiration need to look no further than Nashville-based singer/songwriter Sara Beck. Beck has been working the club circuit in Nashville for nearly a decade, and one recent performance at The Bluebird led to a fortuitous encounter with Mike May that set off a magical chain of events. The most recent of these events was last night at the Sommet Center, where Stevie Wonder invited Beck to perform her song "To Love Somebody" in front of the nearly sold-out audience. Anybody who has ever performed live and has an ounce of empathy in their blood will have no doubt felt a shot of anxiety in their gut upon reading that last sentence. Beck appeared completely at home onstage, however, as she charmed the audience with her sweet bluesy vocals that channel the earthy soul of Bonnie Raitt and the southern charm of Alison Krauss.

With her husband Park on acoustic guitar and backing vocals, Beck performed "To Love Somebody" flawlessly and looked on in disbelief as Stevie Wonder laid down the harmonica solo. Indeed, as if to remind herself, during Stevie's solo Beck giddily stated, "That's Stevie Wonder!" But it gets better. Prior to inviting Beck on-stage, Stevie recounted the story of their chance meeting (only two months ago) through a mutual friend. This story lasted several minutes, as Stevie lavished genuine praise on Beck for her superb vocals-then he invited her on-stage.

Stevie Wonder is perhaps the greatest endorsement an unsigned artist can get, and Beck did not disappoint. I wonder if any record executives took the time to go see Stevie Wonder-a living legend? More important, I wonder if any of them trust Stevie's musical judgment? Odds are, more than a few did-and do. And odds are, Beck's going to need a good manager soon if she doesn't already have one. I anticipate a 2008 major label debut from Sara Beck, and we can only hope that Stevie will again lend his harmonica skills for a solo or two on what promises to be an outstanding record-and career.

Until then, you can catch Sara Beck in December at several indie music venues in the Nashville area. I recommend catching her at The Basement with her full band on December 17.
See you there! -Vincent Wynne